What do you know about the history of inventing things around the world? Aren’t you interested about it?

Here were are talking about top 10 innovation in Canada. 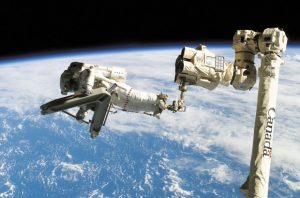 Imagine you are flying around the earth in a space shuttle. Outside your porthole something strange is shining and you’d love to grab it for a better look, but without gravity, everything spins away as you touch it!

This problem disappointed astronauts at NASA. Finally in 1981 a group of Canadian engineers in Brampton, were able to finish building an out-of-this-world invention: the Canadarm. This “15-metre robotic arm” reaches out from a space shuttle to launch or retrieve objects in space. Astronauts operate the arm remotely by special controllers.

From 1981 until now, The Canadarm has been instrumental in space research and development. In many missions, it has been used for all sorts of projects, from retrieving satellites, to fixing the Hubble Telescope, to building the International Space Station. 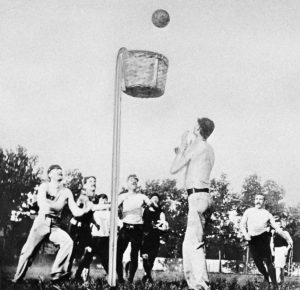 As you all know, Basketball is one of the most popular sports around the world. It is a game played between two teams of five players each group. Have you ever thought of the history of inventing that?

Dr. James Naismith (born 6 November 1861 in Almonte, Ontario; died 28 November 1939 in Lawrence) was an instructor at the school, He felt the need for an indoor winter recreational activity that could learn and play easily in teams. Naismith wanted to make a game that emphasize skill instead of force. The result was a team sport in which the object was to score by throwing a ball into a basket placed (about 3 m) above the floor. Naismith also defined 13 basic rules for this game. 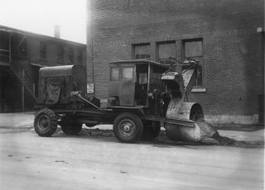 In 1894, Arthur Sicard (born 17 December 1876 in Saint-Léonard-de-Port-Maurice, Quebec) witnessed a grain thresher at work in a wheat field and wondered if a similar device could be used to clear snow. At that time the idea of inventing of Snow blower sprang to his mind and he could sell his first snow blowers to the cities of Outrement and Montreal in 1927. When Sicard died, he was admired as a genius who changed the city’s relationship with winter. 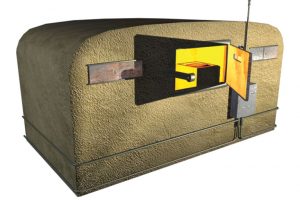 At a time when ovens were using wood or gas for heat, Thomas Ahearn amazed the world by “chaining electricity” and using it for cooking a meal. In 1892, his electric oven was big news. Made of bricks, it stood about six feet high and six feet wide. Two electric heaters provided steady heat, and covered peepholes let Ahearn watch the food inside bake to perfection.

These days, people around the world would like to prefer electric ovens for their easy use and their dry, even heat, which is ideal for baking or roasting. 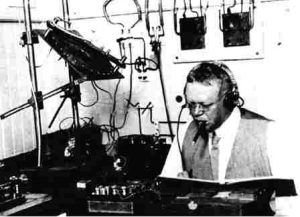 Canadian Reginald Aubrey Fessenden was a powerful inventor of wireless technology — he was the first to broadcast on the AM radio band in 1900 — although he’s mostly regarded as an unsung hero in Canada because his inventions in radio technology were outshined by  Guglielmo Marconi. Fessenden built two-way radio transmission towers — one near Boston and the other in Scotland — and issued the first transatlantic radio broadcast in 1906.

He died in 1932, There was written on his tombstone in Egyptian that it means: “I was yesterday, but I saw tomorrow.”

The first electric wheelchair was invented by one of Canada’s most professional  inventors, George Klein, in 1953. The Ontario-born inventor worked at the National Research Council for 40 years, where he developed the electric wheelchair, aircraft skis, the M29 Weasel army snowmobile/ATV, the ZEEP nuclear reactor, a scientific language for snow and other feats of mechanical engineering. He was pulled out of retirement to consult on Canadarm(Shuttle remote manipulator system)

Have you ever painted the entire building using just a brush?

Until 1940, that’s how it was done. Then Norman Breakey of Toronto, Ontario, created a simple roller that made painting faster and easier than ever . He slid a cylinder of absorbent material onto a handle, and smoothed color onto walls in record time.

Unfortunately Breakey could never produce enough rollers to make much money, and he didn’t have the cash to patent his own invention. Other people took the idea and made a few changes, and patented the paint roller as their own. Breakey died , whereas he received no penny for this great idea! 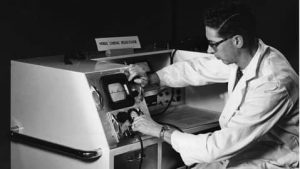 Have you ever wondered how doctors operate on a beating heart? One trick is to slow the heart down. In the 1940s, Canadian doctors did this with extreme cold, but they weren’t sure what to do if the heart stopped completely!

Then, John Hopps(electrical engineer) , started experimenting with radio frequency as a body warmer, and that’s when he discovered that a stopped-heart could be started again mechanically/electrically. He could develop the world’s first pacemaker in 1950. 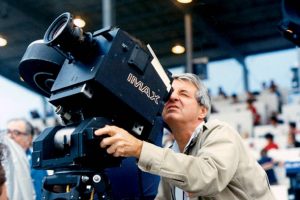 IMAX was invented by three of Canadian filmmakers — Graeme Ferguson, Roman Kroitor and Robert Kerr — in 1967. After being asked to produce large-screen films for Expo 67 , the filmmakers realized that  they needed variant equipment.

That was when the idea of inventing IMAX flashed. 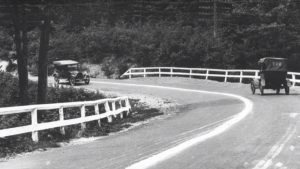 The first road lines in the world were painted between Ontario and Quebec in 1930, invented by Ontario department of transport engineer John D. Millar.